At a distance of 20 kilometers from the Prefecture of Trikala, the stone cliffs of Meteora rise proud and imposing above Kalabaka, full of fossilized shells, witnessing a unique geological phenomenon. Meteora is the largest monastic complex in Greece, after Mount Athos, with a continuous presence of the first ascetics from the time of the settlement until today. From the historical evidence, we conclude that the monasteries of Meteora were thirty in total. Nowadays, only six are still in operation and receive a plurality of visitors, but there are also many smaller abandoned monasteries in the area. Most of them were founded in the 14th century.

The name Meteora is newer and is not mentioned by the ancient authors. They owe their name to Saint Athanasios the Meteorite, founder of the Monastery of Great Meteoron, who gave that name to the rock "Platylithos", which he climbed for the first time in 1344. According to the prevailing opinion, the first emigrants settled in the area in the 12th century. In the middle of the 14th century, the monk Nilos gathered the monks who lived isolated in caves of the rocks, around the hermitage of Doupiani, organizing like this the monasticism in Meteora.

The conquest of Thessaly by the Ottomans (1393) and the gradual collapse and final fall of the Byzantine Empire brought about a turn to the monastic life of Meteora, during the 15th century. During the last quarter of the 15th century, recovery is observed, marked by the foundation of the monastery of the Holy Trinity (1475/76) and the mural painting of the old catholic of the Monastery of Great Meteoron (1483). The heyday of Meteora will take place in the next century, during which new monasteries are founded, new Catholics and other monastic buildings are erected, most of which are decorated with the exquisite art of hagiographies.

During the period of the Ottoman Rule in Thessaly (1393-1881) the monasteries in Meteora functioned as places of hope. At the beginning of the 19th century, the troops of Ali Pasha caused destruction and looting in many of them (Ypapantis Monastery, Agios Dimitrios Monastery, etc.).

The six monasteries of Meteora that can be visited are today restored and with most of their fresco decoration preserved. In 1989, UNESCO inscribed Meteora on the World Heritage Sites list as a cultural and natural asset of particular importance. UNESCO has characterized "Holy Meteora" as a "preservable monument of Humanity", thus declaring that they belong to Greece and the whole world. The monasteries of Meteora are included in the World Cultural Heritage Monuments because they are a unique harmonious combination of Byzantine architecture and natural beauty. The buildings of the monasteries look like a continuation of the rocks like they are their natural ending. It is undeniably a priceless artistic treasure. Furthermore, the presence of many monasteries in such a small space, as well as the Orthodox spiritual life and practice, have always caused the admiration of both visitors and people around the world. 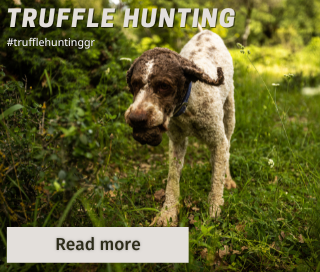 In the museum shop you will find a wide variety of selected products (and our e-shop products).